Rising From The Dead

Rising From The Dead began as a medical autobiography, but by the end, my spiritual journeys and conversion to true Christianity in direct relationship to God, was added. There were many conversations with Miriam that I could not include, but I’ve recently started a web page and video series with her that you can take part in. There are many Spirit-filled male preachers that I love to listen to, but there is a paucity of Spirit-filled women speaking publicly. We invite all people to come and listen and join the conversation HERE.

Most of the early conversations with Miriam began as me scoffing at old testament and new testament restrictions on women, asking how such a genius as Miriam could believe in Jesus and be a ‘bible thumper’. I challenged how a benevolent God would allow women to take such a back seat to men, allow slaughter etc. Over time, I was blessed by Miriam’s knowledge as I realized the true nature of my God, and that he never intended to make women second class citizens at all, and His love of all creatures is beyond my comprehension.  This EXCERPT FROM RISING FROM THE DEAD will give you an example of how God loves women very much and how my modern, somewhat feminist thinking was unable to see the reality that people had in the past.

The YouTube page will be updated regularly with new videos.

Here is more information
on the book: Dr Humphries’ autobiography tells the intricate and personal story one doctor’s path through medical school and out into academia, specialty medicine, and practice, having to conform to the system’s standards.

Like many doctors, she was on the way to becoming one of the walking dead. Then, one day she realized that policy was harming her patients, and she took a stand. This resulted in hostility and ostracism by the authorities and her peers in the system.

In 2011, depressed and deflated, life was difficult in all directions . . . until she found peace through an unexpected path and a new friend.

The co-author of Dissolving Illusions: Disease, Vaccines, and the Forgotten History brings you her entertaining autobiography, which will surprise you and have you wondering if your own doctor could be inadvertently threatening your health. 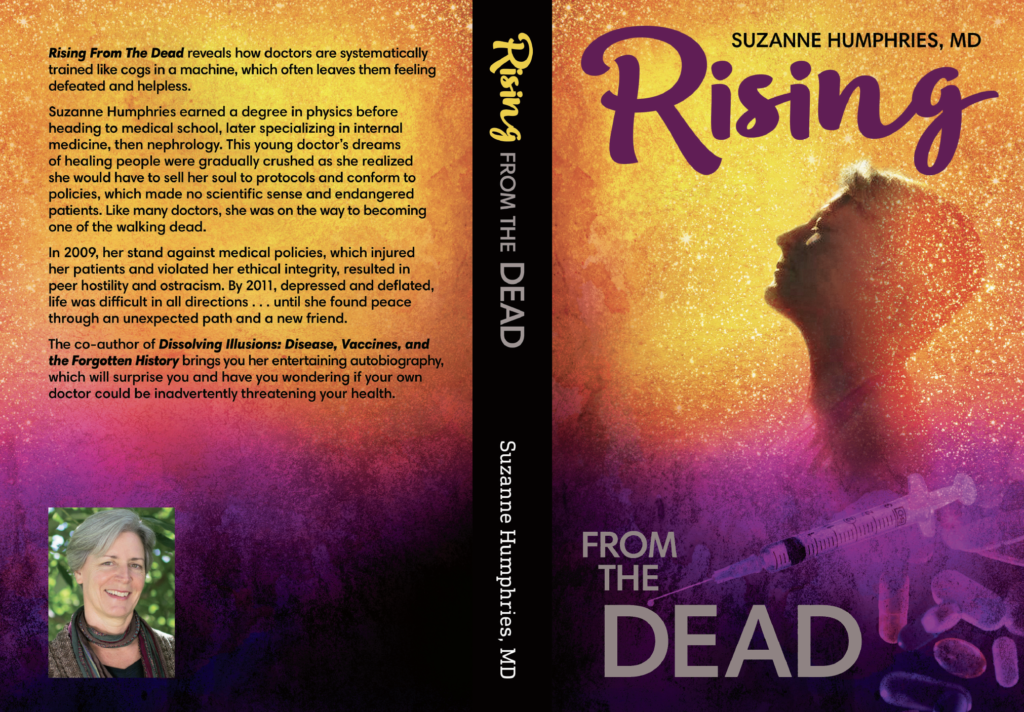 Order paper back and kindle copies, and read reviews on Amazon HERE.